Lesson 1: How to quickly add, subtract, divide, and multiple in Google Sheets

Here we teach you the basics of Google Sheets, how to add, subtract, multiply, etc. With this, you will learn the basics of how to enter in formulas. 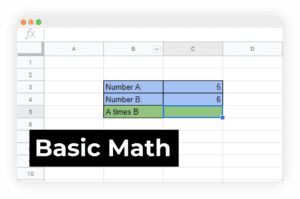 Google Sheets serves many purposes, but at its core, it helps us to compute numbers and data so that we can understand it. For example, you may want to add two data points you recorded in an experiment. The way you can do this is through using the vast array of mathematical formulas/functions Google Sheets offers (the basic ones are addition, subtraction, division, and multiplication). Today we will teach you how to add, subtract, divide, or multiply.

First, let’s see how we can tell Google Sheets we want to compute certain values.

Open up a spreadsheet, and click on a random cell. From there, type in the equal sign, and enter in the mathematical equation you want to compute, as shown in the image below.

Congratulations! You have got yourself your very own calculator. Play around a bit, type in different formulas you want to compute. Just enter in the formula and hit ENTER. If you need any help, follow what we do in the video below.

Of course, you can also take square roots and raise numbers to different powers, but for today, let’s stick with the four basic mathematical functions (addition, subtraction, multiplication, and division).  If you need help how to enter these functions in, refer to this image below.

We want to be able to do more on sheets than have a nice neat calculator. Letâ€™s say we have a situation like the one below, where we have some values we would like to add but do not want to type in each and every number.

Let’s say we want to multiply 5 and 6, as shown in the photo above. We would look at the â€œcoordinatesâ€ for each number, and enter those into the mathematical equation instead of the separate numbers. For example, in this case, we would enter =(C3 * C4), rather than =(5*6).

If you want a faster way of doing this instead of looking at the â€œcoordinatesâ€ of each cell, you can just click the cells instead, like so:

As shown below, you must first enter in the â€œ=â€ sign. After that, instead of entering â€œA3â€, you can just click the cell of A3. Now just click away, entering all the numbers you wish to compute.

In the video below, notice how if we change the values within the referenced cells, the equation we entered automatically recalculates and updates. Try it out for yourself on a spreadsheet of your own.

We strongly suggest you get in the habit of referencing cells rather than entering their specific values. In the long run, if you ever need to make a change to something, you can change the value of a cell and then your entire spreadsheet will update. Look at the example below, imagine if we had to go to each and every cell and change values for each cell…what a headache!

Mini Project for yourself

Try out this mini-project we have for you, to test what you have learned. Take this template we made, and fill in the cells in red. The goal of this is to make a multiplication table like the one in the video shown. Can you do it?

If you want more information, you can go to Google’s official article here.

If you have any trouble, reference the tutorial video below. But try it for yourself, see what you can already do. Happy Spreadsheeting 🙂

SheetPointers was created by Andrew Lenart and Nikhil Radosevich 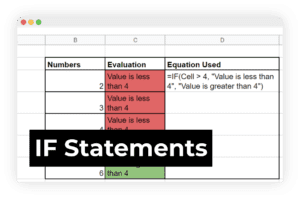 Lesson 10 – Quick and Easy If Statements in Google Sheets/Spreadsheets 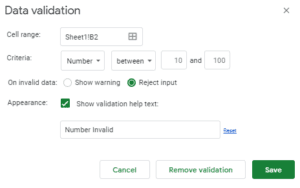 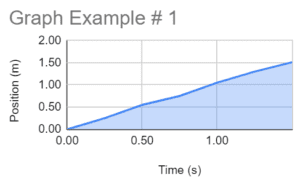 Lesson 8 – Graphs (How to easily make, edit, and add a trendline to a crisp graph in Google Sheets)

How to embed hyperlinks into your spreadsheets (in 6 easy steps)

How to easily change decimals into percentages in Google Sheets (4 Simple, Foolproof Steps)

We’ll send you a few emails a month with cools tips and tricks. We will never send spam. Unsubscribe any time!